You are here: Home › Our Instructors 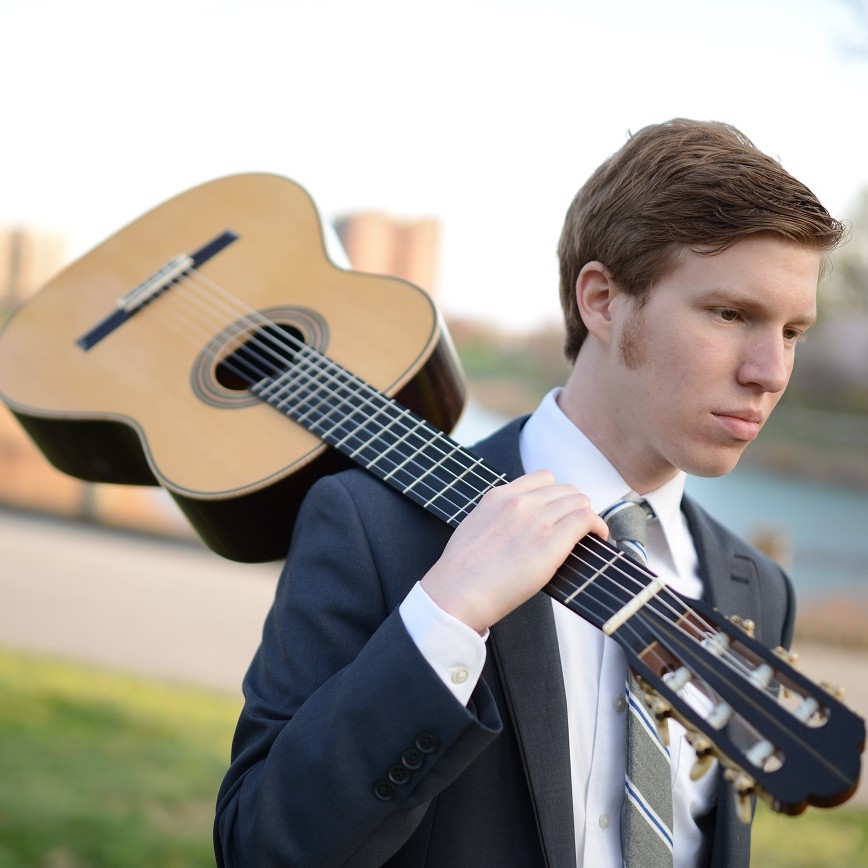 Evan Fiehrer
guitar, ukulele
Evan Fiehrer is a guitarist currently located in Dayton, Ohio. He graduated in 2013
with a Bachelor of Music in Guitar Performance from the College-Conservatory of Music at the University of Cincinnati and in 2015 from the Peabody Institute of the
Johns Hopkins University with a Master of Music, also in Guitar Performance. An
accomplished classical guitarist, Evan has played solo and ensemble concerts
throughout the Ohio, Kentucky, and Indiana areas, and along the East Coast. Evan is a professor of guitar at Indiana University East in Richmond, IN, and teaches
privately at McCutcheon Music in Centerville and Star City Music in Miamisburg. He
also plays guitar in the five-piece funk band The Johnson Treatment. 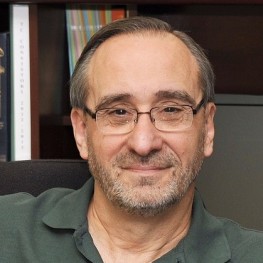 Joe Getts
bass guitar
Joe Getts has been involved in music most of his life. His primary instruments are bass guitar and keyboards. He started playing the bass guitar at age 11. After a brief set of formal lessons he developed his own skills on the bass guitar and started playing with several local bands, including the Dayton Christian School Gospel Ensemble known as “The Spirit of Praise” during the mid 1970s. He traveled professionally for three years playing bass guitar with the Gospel Mariners, a regionally known Gospel quartet of that era. During his college years he played in several recording studios in southwest Ohio, specializing as a back-up studio musician on bass guitar. Joe currently owns and plays several bass guitars regularly, including various 4-5-6 and 8 string models. Throughout adulthood he has played bass guitar and keyboards in several praise and worship bands in the churches he attended. For the last two years he has played keyboards with “Vellowcity”, a local jazz-rock instrumental band. Today Joe continues to play the bass guitar at Trinity Church in Miamisburg, where he is the lead pastor. Joe’s educational background placed him at Sinclair College in Dayton, Ohio where he studied history extensively. He is a graduate of the Cincinnati College of Mortuary Science. He earned his Bachelor of Arts in History from Concordia College in Wilmington, Delaware and a Master of Arts in Philosophy and Apologetics from Trinity Theological Seminary in Newburgh, Indiana. He earned his Ph.D. in Biblical Studies from the St. Luke School of Biblical Studies in Hephzibah, Georgia. He also holds certifications in Biblical Counseling and Life Coaching from the Light University of Forest, Virginia. In addition to his pastoral responsibilities, Joe is currently an adjunct instructor at the Cincinnati College of Mortuary Science and a continuing education seminar presenter for the Central Institute for Educational Advancement in Dayton, Ohio. He and his wife Jeri have been married for over 35 years and reside in Miamisburg, Ohio.

Samee Griffith
piano, Musikgarten
Dr. Samee Griffith received her Doctor of Musical Arts degree in Piano Performance at the University of North Carolina at Greensboro, her Master of Music degree in piano performance and collaborative piano from Bowling Green State University, and her Bachelor of Music in piano performance from Wright State University, where she graduated summa cum laude. An experienced instructor, Samee has taught piano for more than fifteen years, including at the Penn-Griffin School for the Arts in High Point, North Carolina. Her students regularly place in the top tier of competitors in state level piano competitions and festivals.

Her honors include: the Mary Elizabeth King Brown Teaching Excellence Award (2012), First Place in the Undergraduate Division at the Marjorie Peatee Art Song Competition (2004), and the MTNA Star Award (2002). 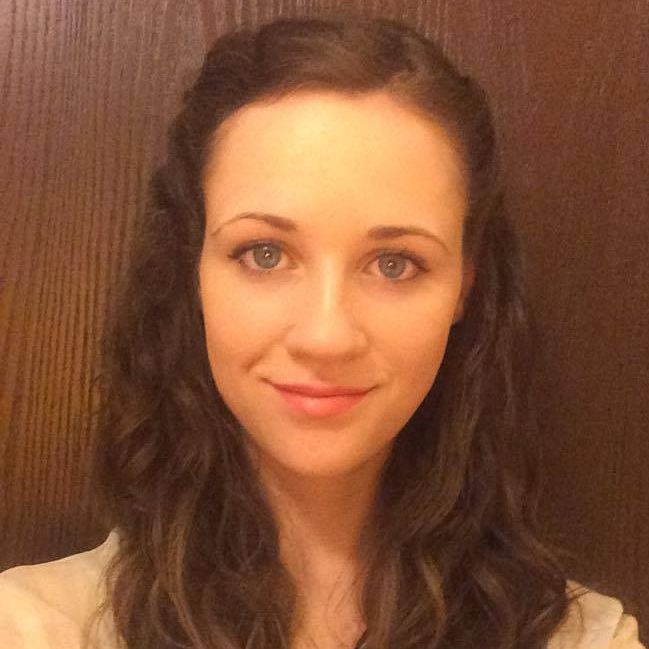 Growing up with six siblings, Debbie taught herself piano at age twelve. When she was fifteen, she started taking piano lessons in Yellow Springs, Ohio, with Dan Taylor. In addition to piano, she learned music theory, singing, and guitar. The summer before she matriculated at Wright State, Debbie took piano lesson with Barbara Leeds, also from Yellow Springs.

As a piano major, Debbie also had a passion for cello, and began to take cello lessons while at Wright State. In her sophomore year, after playing cello for only a year, she changed her concentration to cello performance.

Debbie has sung and performed piano and guitar at the Friends Care Community in Yellow Springs for the past three years. During her time at Wright State she has sung in numerous choirs and playing solo piano at Arts Gala and at the Troy Hayner Cultural Center in Troy, Ohio. She is a member of the University Symphony Orchestra and the Chamber Orchestra, and is a member of the student trio “Trio Con Brio.” In the summer of 2016 she performed in the A.C. Strings Community Orchestra in Fairborn, Ohio, and will continue to perform with the orchestra during the 2017 season. In 2017 she joined the Giving Strings Orchestra. 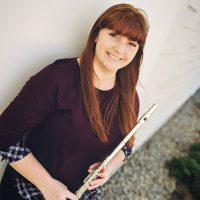 Delaney Linkhart
flute, saxophone
Delaney Linkhart recently earned her Bachelor’s Degree in Music Education from Wright State University. Based on past and current teaching and performing experiences, Delaney hopes to create a love and passion through music.

Growing up in the small, rural village of Jamestown, Delaney was the first in her family to show a passion for a musical instrument, where she began playing the flute at the age of ten. From there, she got involved in the OMEA District 12 concerts, as well as Wright State’s Tri-State Honor Band.

While at Wright State, Delaney performed with both the Symphonic Band and Wind Symphony, and even had the opportunity to travel to Minneapolis, Minnesota with the Flute Studio to world premier a piece at the National Flute Convention.

During sophomore year at Wright State, Delaney began working with marching bands all over the Miami Valley area and started teaching private lessons a year later. From that point on, she has exclusively taught lessons and marching band. Currently, Delaney is a staff member with the Miamisburg Marching Band and various other schools.

In addition to being a Master Teacher of Piano at Star City Music Studios, Aaron holds the positions of Collaborative Pianist at Wright State University, Weekend Host on Discover Classical FM 88.1/89.9, Organist at Grace Lutheran Church in West Carrollton, and Choral Accompanist at Emmanuel Lutheran Church in Kettering. Previous positions include Staff Accompanist at Winston-Salem State University, Adjunct Instructor of Theory and Music Appreciation at Guilford Technical Community College, and Associate Master Teacher at the Music Academy of North Carolina. He has participated in master classes with Anna Maria Trenchi de Botazzi and Jon Nakamatsu. 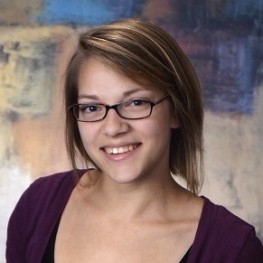 Kaitlyn Nielsen
oboe
Kaitlyn Nielsen, originally from Arlington Heights, Illinois, received her bachelor’s degree from the University of Dayton pursuing a major in Entrepreneurship and Marketing. She started playing oboe at the age of nine and has also played english horn for the past four years. While attending Wheeling High School, she was the principle oboist three of her four years and attended IMEA District 7 both her junior and senior year and was selected to play at IMEA All-State her senior year on both oboe and English horn. While at University of Dayton, she has been selected to be the principle oboist of the Symphonic Wind Ensemble and the University Orchestra. Kaitlyn has taught oboe for the past four years and loves the opportunity to teach what she loves to students.